Do you know why the crypto sector is getting traders’ traction and why are they investing their resources in it? This is because the crypto industry continues to offer people high-profit potential. Crypto mining is a popular subject in the cryptocurrency business and the financial industry. Users may earn cryptocurrency as a reward for mining cryptocurrencies irrespective of where they live. Vertcoin is a highly intuitive, user-friendly, secure, and ASIC-resistant cryptocurrency that makes it a wonderful choice for beginners. In this article, I’ll demonstrate to you how to mine Vertcoin.

Mining Vertcoin (VTC) is now relatively easier. The Vertcoin team has just published a new version for the user-friendly One-Click Miner. This upgrade is intended to make the software run more efficiently and effectively.

The Vertcoin team revealed to the world a new, simple-to-use miner and published a Beta version, which was a significant way of bringing a lot more people into mining. Unfortunately, the mining system was playing strange, so the team agreed to create some tweaks to improve its performance. After multiple complaints from the audience that the One-click Miner (OCM) had too many faults, the development team engaged to try to rectify these concerns.

What is Vertcoin (VTC)?

Vertcoin is an internet-based virtual currency that may be traded. The altcoin keeps faithful to cryptocurrency’s initial idea: a financial system controlled by its members, the people’s currency. The Vertcoin algorithm is built to withstand the growth of bespoke mining gear and multipool mining, guaranteeing that operations are authenticated by a broadly spread network and preventing panic selling when huge mining pools enter the market with freshly produced currencies arbitrarily. The coin is also incorporated with Lyra2REv2 technology, which strengthens the network and keeps ASIC miners at bay. 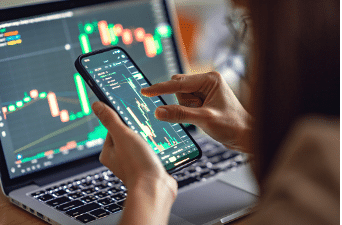 Its social aspect provides incentives to the miners, and the future of VTC is in the grip of the public. It is not controlled by the central authority. The coin has a fantastic characteristic of the atomic swap feature. It allows you to trade it into Litecoin in your wallet with no fees or exchangers.

How does Vertcoin work?

The primary feature of Vertcoin is that it fully prevents miners from utilising ASICs to mine on its platform. Does such a strategy return you to the era when you had to go to the mining game using a powerful graphics chipset or your PC’s CPU?

Vertcoin developers say that mining should be simple and fair. ASICs are not permitted on the Vertcoin blockchain. The development team is adamant about maintaining it that way. This takes care of the security and equal distribution of the cryptocurrency.

When Vertcoin was launched in 2014, it relied on the Scrypt-N algorithm to achieve PoW consensus. However, when Scrypt-N-specific ASICs were available, the VTC developers were forced to start from scratch. The team completed the construction of the Lyra2RE algorithm in December 2014, which they utilised to upgrade the main programme.

According to the whitepaper for Lyra2RE, the new algorithm enabled the team to adjust storage use and time investment separately, providing Vertcoin’s team additional power against ASICs. The team updated Lyra2RE to Lyra2REv2 in August 2015. Because the latter is still used to preserve the Vertcoin network ASIC-resistant, the only feasible Vertcoin mining gear is either GPU or CPU.

In the mid-1990s, the PoW technique utilised by Vertcoin was initially designed to combat spam emails. However, it did not find genuinely meaningful management until the birth of Bitcoin in 2009. Bitcoin’s transaction blockchain employs the PoW protocol, allowing us to see the rise in Bitcoin mining.

Vertcoin, like its forebears Bitcoin and Litecoin, is a decentralised currency controlled by its members. VTC exists exclusively as a currency and achieves consensus protocol using PoW. Unlike Bitcoin and Litecoin, however, VTC is completely committed to maintaining its mining operations decentralised. Unlike other PoW currencies on the market currently, Vertcoin is immune to ASICs.

There is little information available about the Vertcoin development team. The initiative, which began in 2014, is mostly run by volunteers. Its progress has been distinct from previous ICOs in the crypto sector, with the development process entirely reliant on contributions.

Vertcoin has a unique strategy, with no ICO, airdrop, or launch. Unlike other ecosystems that prioritise funding in ICOs, VTC prioritises its developers and members.

The coin’s economic condition and estimates of its potential increase or collapse are among the most essential factors users evaluate while mining a token or selecting a token to invest in. According to the price chart, the current price of Verticoin on 19 May 2022 is £0.2540 GBP in the UK. According to crypto specialists’ technical research, the Vertcoin price might possibly rise to $1 in 2022 and $1.05 in 2023.

The Vertcoin network is still evolving to maintain its resistance against ASIC. As a result, the VTC network will remain accessible to all those who are actively involved in mining Vertcoin.

How To Mine Vertcoin?

The Vertcoin network is distinguished from other options on the market by its more user-friendly method of mining VTC. It enables miners of all skill levels from beginners to experts to start mining Vertcoin on GPU or CPU machines. ASIC mining is not permitted.

A miner may pick a community of miners to make Vertcoin mining more profitable. Miners can earn more quickly by pooling their computational power. Before joining mining pools, newbies should conduct extensive research to prevent scams and maximise Vertcoin earnings with other miners in the community. Furthermore, mining pools are frequently made up of experienced miners. Novice miners can benefit from them and improve their mining abilities. 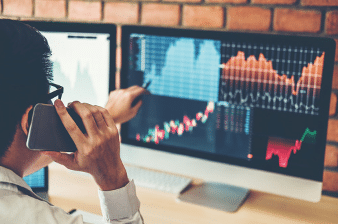 Vertcoin employs a novel POW algorithm known as Lyra2RE. Lyra2RE, as defined in the Vertcoin whitepaper, is a NIST5-based blockchain technology designed to lessen miners’ reliance on ASIC. In 2014, the VTC project team initiated the ‘anti-ASIC’ initiative. They stressed the need of using the Lyra2RE method instead than the initially adopted Scrypt-N POW technique in their network.

Lyra2RE seeks to eliminate extra energy usage, which is one of the primary downsides of ASIC mining. Lyra2RE, in contrast to Scrypt-N, is explicitly intended to allow for reduced power usage and cooler GPU temperatures. Lyra2RE also allows users to alter memory consumption and time cost individually, giving miners more control and power over ASICs.

What Is OCM And How Does It Work?

The OCM is essentially a user-friendly GUI Miner. It is simply necessary for individuals to download and install it. Once installed, you only need to configure your pool and select the type of hardware you will be utilising (CPU-GPU), and you are ready to begin.

Getting Started with OCM

A little User Interface will appear once you run the OCM. To begin, you must search for P2Pool Nodes. You have to locate the Find P2Pool Nodes option. Then, select the Scan option to search the P2Pool infrastructure for active nodes.

You will be able to pick between two networks: Network 1 and Network 2. Network 1 is the preferred network for miners that have a high hash rate or exceed 100Mh/s. Network 2 is ideal for tiny miners with a CPU or two graphics cards or fewer. It is advised that you utilise Network 1 if you are a bigger miner with several GPUs and/or a hash rate of more than 100Mh/s.

After selecting the network and group, you must enter the Vertcoin Address to which you wish to mine and then pick the device you will use to begin mining. Vertcoin may be mined using either your graphics card or your CPU. Aside from the CPU, you can only select between AMD and Nvidia graphics cards. Miners using varied GPUs will be unable to operate them concurrently. After you’ve decided on your device, click the ‘Start’ option.

After joining a pool in the same city and keeping it functioning for less than an hour, the OCM hash rate peaked at more than 2.8 Mh/s utilizing two GPUs which are AMD 5850 and 7950. Next, browse the AMD websites to obtain the most recent upgrades to maximise their efficiency.

Users are allowed to run a local P2Pool Node as well. You must be utilizing the Vertcoin Core Wallet to run the Node.

The OCM makes the Vertcoin mining process so easy that mining some VTC may prove to be a wise investment making the network more strong and more reliable. Although it might be the case that you might not mine a lot of VTC, it is a good place to start for newbies.

Latest updates from the Vertcoin team

The Vertcoin team supports Ledger Nano S and Ledger Blue. The team also revealed that it is working on adding functionality for the Electrum TOR Wallet and integrating Lightning Network into the new wallet in progress. The team intends for it to be interoperable with all the desktop, web, and mobile platforms, and it will be available in both the chain mode and as an SPV wallet. Vertcoin compatibility was been introduced to Decred’s Atomic Swap, enabling on-chain exchanges using the Atomic Swap Utility. Slack has also been replaced by Discord in the Vertcoin community. Because of the recent hacking and spam attempts on crypto community teams, the community chose to relocate.

Vertcoin is one of the most intriguing initiatives in the industry. The project is now rated 27 by Coinmarketcap.com, with a market value of roughly $200 million, and one VTC is priced near $5 at the time of writing. According to CoinGecko, the altcoin is ranked 19th. In conclusion, the team has delivered, the community is expanding, and the path appears to be quite promising. Vertcoin is unquestionably a project to keep an eye on.

Prostalim Review 2022: A Healthy Addition To Your List Of Routine Supplements 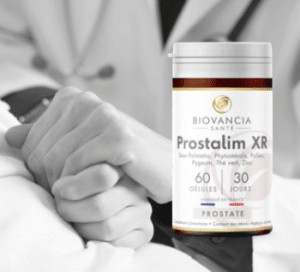